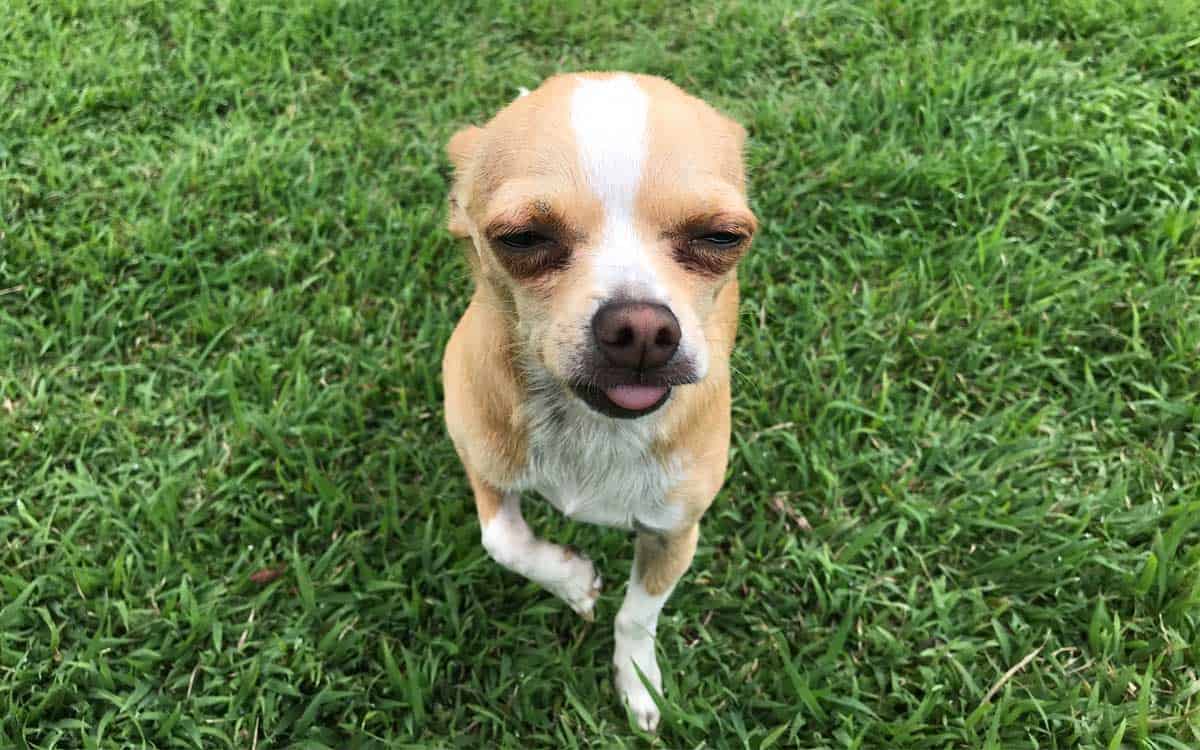 According to the 1994 book, The Intelligence of Dogs by Stanley Coren, psychology professor and neuropsychological researcher (they deal with nervous system disorders) Chihuahuas ranked below average in obedience intelligence, which is a measure of how well they respond to training.

What Methods did Coren Use?

Coren sent a survey to 199 dog obedience judges in the USA and Canada, which resulted in a ranking of dog intelligence from 1 to 138. The two key questions were:

Fans of particular dog breeds that ranked below average were incensed, and quick to point out flaws.

Some of these include:

Consider for a second that Beagles ranked even lower than Chihuahua’s in obedience intelligence. Beagles have long been considered intelligent animals but perhaps even more so than the typical Chihuahua are single-minded and headstrong, hence why they are used effectively for hunting.

Where Do Chihuahua’s Rank in Intelligence?

According to Coren’s study Chihuahuas come in 125th (out of 138 breeds) putting them in the ‘fair intelligence’ category. In practical terms this means it can take between 40 – 80 repetitions for Chihuahuas to learn a new command. They score higher (30%) on the second survey question relating to the success rate of obeying a known command on first attempt, but not significantly better, as the average was around 50%.

Border Collies (ranked 1st for obedience intelligence) on average require just 5 repetitions to learn a new command and will follow that command 95% of the time once taught.

This essentially means Chihuahuas learn new commands in about twice the time of the average dog, and once they know a new command are less likely to follow the command than many other breeds.

To put this in perspective, when teaching my American Staffordshire Terrier (ranked equal 34th in obedience intelligence) to shake hands, it took me about 3 sessions of 5 – 7 minutes per day. To teach a Chihuahua to do a similar trick, based on the logic behind the study, it might therefore take a couple of hours, and they may not always follow the command even after being successfully taught.

But, I haven’t considered teaching either of my Chihuahuas to shake, as it’s clear to me despite being great little dogs, that they are more independantly minded, and less interested in performing a trick to gain my good graces.

Staffy’s on the other hand are highly motivated to please their owners. So is this really a fair comparison?

And, just to throw a firther spanner in the works, it’s also interesting to note that when teaching my American Bulldog to shake that he was also able to learn in about 30 minutes. And, Bulldogs (English Bulldogs at least) ranked even lower than Chihuahua’s according to Coren. And, American Bulldogs are descendants of English Bulldogs, so take from that what you will.

But does measuring obedience intelligence really matter all that much?

Based on the study, Chihuahuas are not fast learners and perhaps aren’t going to be the most obedient when compared to other breeds, regardless of whether this is purely due to intelligence or behavioral reasons.

But, while an obedient dog is important, for many it is less of an issue in smaller breeds. The havoc they can wreak due to destrictive behavior is much less than that of a larger dog.

For instance, they are unlikely to knock over furniture, chew up large expensive items or upset the neighbours with high volume barking (although their shrill barking is often at a frequency that can be disruptive). They are simply incapable of causing a great deal of trouble due to their small stature.

And if they take longer to pick up on toilet training, there are additional factors such as their aversion to the cold. In any case for many it’s hardly the same problem as that of a larger breed.

But this is where small dog owners often get things wrong.

Chihuahuas can be aggressive, mostly due to their small size and a tendency of their owners not to take aggression seriously due to being considered less of a threat. In this sense discipline is important and signs of aggression should be treated exactly how you might treat a larger more threatening dog you are responsible for. Otherwise, things can start to get out of hand quickly, and your Chihuau’s agression will become a problem.

Anecdotal Evidence of Intelligence in Chihuahuas

There’s actually a lot to a dog’s intelligence. 51% (according to Coren) is attributable to genetics, 49% to the environment, which is very similar to humans.

And, much like humans this means there can be big differences in intelligence between two dogs that would otherwise be considered much the same. So while a study can determine how obedient and intelligent a particular breed is likely to be, there are plenty of other indicators of intelligence that can be seen in Chihuahuas.

For example in my experience Chihuahuas are very quick to notice if their owners are distressed (instinctive intelligence).

They are also extremely loyal. One of our Chihuahuas (despite being more a family pet) in truth belongs to my daughter. She was given him for Christmas three years ago, and despite living in a 5 person, 4 dog, 7 chicken home! there’s absolutely no doubt in his mind that she is his owner and is happy to follow her everywhere she goes.

In my experience Chihuahuas are also intelligent when it comes to self-preservation, a valuable skill for the world’s smallest dog breed! They are more than capable of playing with my larger dogs but are also clever enough to know when the larger dogs are playing with a ball or acting particularly boisterous to stay out of harm’s way.

Chihuahuas also tend to live longer than larger breeds, living up to 18 – 20 years in some cases. And, as they say wisdom comes with age.

In my experience they also respond to punishment (due to their small frame I would never recommend physical punishment) and hate being spoken harshly to (adaptive intelligence). In this sense I have noticed that Chihuahuas rarely get in trouble for the same thing twice.

So are Chihuahuas smart?

According to Coren they’re not the smartest breed, and aren’t as succesful with regard to obedience training, but perhaps it’s the wrong question to be asking. Many owners report that their Chihuahuas are intelligent dogs. Smarts can afterall be measured in all sorts of ways.

But it also has to be said, regardless of whether intelligence or just plain stubborness is to blame, Chihuahuas aren’t in the same league as Border Collies who display more of a sense of working intelligence. But, considering they rank much higher in the popularity stakes (coming in 33rd) there’s plenty of owners out there who don’t see the lack of obedience intelligence as a major problem.

Thechihuahualife.com is a participant in the Amazon Services LLC Associates Program, an affiliate advertising program designed to provide a means for sites to earn advertising fees by advertising and linking to Amazon.com. This site also participates in other affiliate programs and is compensated for referring traffic and business to these companies.